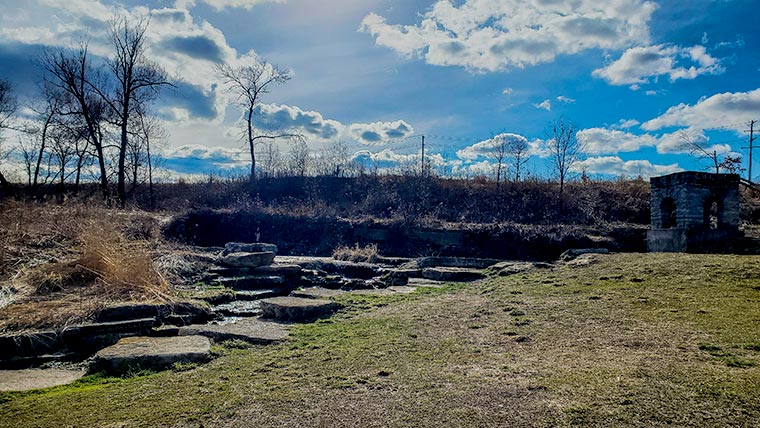 In honor of Native American Heritage Month, I want to highlight two unique properties in Minnesota through the Traditional Cultural Property (TCP) lens and comment on how different the outcomes were in their evaluation. These examples illustrate that there can be biases that limit consideration of these unique properties.

What is a Traditional Cultural Property?

According to the National Park Service (NPS), TCPs are “properties of traditional religious and cultural significance and importance” that are “eligible for inclusion in the National Register of Historic Places (NRHP) based on its associations with the cultural practices, traditions, beliefs, lifeways, crafts, or social institutions of a living community”. TCPs can have association with traditional beliefs of a Native American group’s origin, cultural history, or the nature of the world. It also might be a location where religious practitioners have historically gone or continue to go to perform ceremonial activities that follow traditional cultural rules of practice. While a TCP can be associated with any ethnic or religious group, the property type is often used to consider places of cultural, spiritual, or natural significance to Native American tribes and communities.

Oȟéyawahe is a sacred burial ground and gathering place for centuries used by the Dakota people and continues to be a ceremonial site. Its name means “a sacred place much visited; the place where people go for burials” (Pilot Knob Preservation Association 2017). The area is referenced in early explorers’ writings, including Lt. Zebulon Pike, and was the location of the Treaty of 1851 signing where 35 million acres of Dakota land were ceded to the United States.

In 2002, high-density housing was proposed on the northern portion of the historic site. The resident Dakota communities, Ojibwe Bands, archaeologists, and area residents urged the City of Mendota Heights (where Oȟéyawahe is located) to purchase the land slated for development. Between 2006-2008, the city purchased the 25 acres and began restoring the native oak savanna that existed at Oȟéyawahe before European settlement. Historians Bruce White and Alan Woolworth also prepared the NRHP nomination in 2003. While fully supported by the State Historic Preservation Office, the Minnesota State Review Board, the city, and many Native American tribes, there unfortunately wasn’t backing from the majority of the private owners to list Oȟéyawahe on the NRHP at that time, so the nomination was withdrawn. However, by 2015, much of the private land had been purchased by the city, oak savanna restoration continued, and the remaining private owners supported listing. On March 14, 2017, Oȟéyawahe was listed on the NRHP as a traditional cultural property, one of the first in the state of Minnesota. The 112-acre site is stewarded in collaboration with the Pilot Knob Preservation Association and the City of Mendota Heights.

Around the same time as the preparation of the nomination of Oȟéyawahe, an ethnographic resources study of the former U.S Bureau of Mines Twin Cities Research Center (TCRC) property in Minnesota was conducted. Located just north of the confluence of the Minnesota and Mississippi rivers and Oȟéyawahe, the property included Mni Owe Sni (Coldwater Spring) along the bluffs of the Mississippi River. The primary objectives of the study were to identify the Native American relationship to the lands within the boundaries of the TCRC property, as well as cultural and natural resources. Based on extensive research and oral interviews with Dakota community members, the authors recommended Mni Owe Sni (Coldwater Spring) as eligible for listing on the NRHP for its association with the Dakota cultural landscape and as representative of a traditional cultural resource type (natural springs) that is integral in Dakota traditional ceremonies that require pure spring water. However, in October 2006 the NPS, the lead federal agency with the authority to make the determination of eligibility, issued a statement of why it believed Mni Owe Sni was ineligible as a TCP. One of its key arguments was that the Dakota community members interviewed did not all share knowledge of the Dakota name for the spring. The agency concluded: “If the spring were so important, why doesn’t it have a specific name, like other Dakota sites in the area do?… Coldwater Spring could have been their original name for it, but we have no evidence of this” (NPS 2006). Such an opinion disregards issues such as displacement from ancestral locations and punishment for speaking Dakota. If a name is lost, that should not be equated with a place not having significance, but rather that the continued oppression of Native Americans can result in the loss of a place’s name but not its significance. It should be noted that the use of “Mni Owe Sni” came into use after the ethnographic study and within the study it’s noted that “no Dakota names for Coldwater Spring were encountered within historical documents. Dakota names that are in current use are Mni Sni (Cold Water); Pa Suta Mni (Medicine Water); and Mni Wakan (Spirit Water) (Michael Scott, personal communication, June 23, 2005). In our interview with Gary Cavender, a key cultural expert and elder, he said that the name of the spring was not “cold water,” but he could not recall its Dakota name (Gary Cavender, key cultural expert, August 9, 2005)” (pg. 60).

Many Native American sacred places have been stolen, disturbed, and restricted, and only in the recent past have laws been established to help protect such locations. While many of these laws call for consultation, biases towards oral history remains evident and is often rejected as being sufficient justification for historic significance. However, this bias appears to be changing and oral histories are becoming more widely used for a multitude of projects, including the Hennepin History Museum’s Human Toll: A Public History of 35W and a traveling exhibit called Native Voices: Native People’s Concepts of Health and Illness.

Currently, the Minneapolis Mead & Hunt Cultural Resource department is working with Dr. Michelle Terrell and Two Pines Resource Group, LLC on the proposed Riverview Streetcar Project. Ramsey County Regional Rail Authority hired our team to conduct a cultural landscape study for the area surrounding Bdote (the confluence of the Mississippi and Minnesota River). The study will rely heavily on oral traditions to tell the story of the importance of this area.

The National Park Service is not what it was 16 years ago. Leadership, employees, and feelings towards Mni Owe Sni have changed. According to the Cultural Resource Program Manager at NPS-MNRRA, there are currently conversations with representatives of tribal nations to revisit the TCP status of Mni Owe Sni. 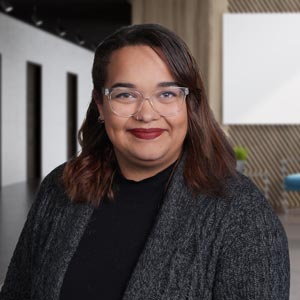 Keyah is a Cultural Resource Assistant. She holds a master’s degree in Heritage Studies and Public History with a focus in Archaeological Heritage. Keyah has an interest in seeing more properties and cultural locations of underrepresented communities as part of the National Register of Historic Places, particularly from the Native American community.