The Ohio Department of Transportation’s dedication to reducing crashes led to improvements at the SR 94 and Granger Road intersection. ODOT wanted to reduce intersection conflict points and crashes through construction of a roundabout. Our team completed an Alternatives Evaluation Report that investigated three location options for the proposed roundabout. ODOT selected the existing intersection site. The project involved relocating a stream using natural channel design. Plans replaced one culvert with a three-sided culvert on the new stream alignment and extended the second culvert.

Crews completed most of the construction when the nearby school was not in session. Use of a stamping and coloring technique, decorative rocks and low-growing plants enhanced the roundabout center and islands. LED lighting also was added. ODOT’s close partnership with our team led to a much safer and efficient intersection. The project is helping the state achieve its mission of reducing crashes. 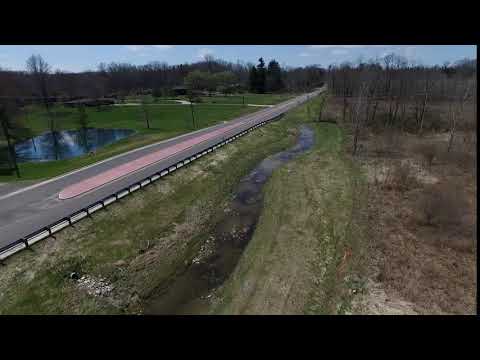