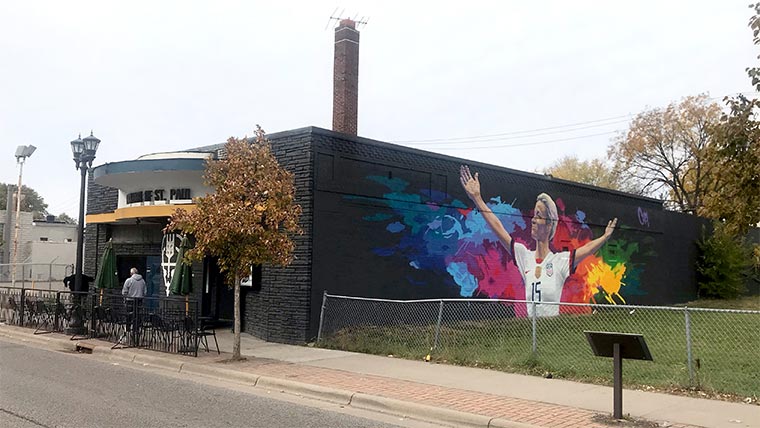 The Black Hart Bar at 1415 University Avenue is a neighborhood, queer, and soccer bar in St. Paul. It continues the legacy of a neighborhood and queer gathering space established by its predecessor, Town House Bar.

In the past several years, the history of the lesbian, gay, bisexual, transgender, and queer (LGBTQ) community has become an interest of historic preservationists. In 2016, the National Park Service (NPS) published LGBTQ America: A Theme Study of Lesbian, Gay, Bisexual, Transgender, and Queer History, a much-needed examination and reconsideration of LGBTQ+ history and culture within the context of the American built environment.

The theme study is a major turning point in the way public historians, historic preservationists, and cultural resource professionals think about LGBTQ+ people and the spaces and places significant to them. Most importantly, the study moves beyond major LGBTQ+ epicenters such as New York and San Francisco, and spotlights a more nuanced, regional queer history by including diverse metropolitan areas like Miami, Reno, and Chicago.

In the Twin Cities, not a single site or neighborhood is listed on the National Register of Historic Places for association with LGBTQ+ history. I realized this quite saliently a couple of years ago when I was in graduate school, working as an archival fellow at the University of Minnesota’s Elmer L. Andersen Library, which houses the university’s special collections and archives. There, I worked at the Jean Nickolaus Tretter Collection in Gay, Lesbian, Bisexual, and Transgender Studies, a capacious archival collection specializing in the curation and preservation of queer cultural artifacts.

I spent many hours there flipping through dozens of print periodicals related to the local LGBTQ+ community, ranging from newspapers to magazines to organizational newsletters. The sheer number of LGBTQ+ publications both astounded and inspired me, and I went on to create a GIS-based archival discovery tool that mapped the locations of where a publication was published or based. Along with mapping the queer print publishing scene from roughly 1965 to 2019, I also mapped the places and neighborhoods where LGBTQ+ people lived and played. As I combed through more titles, I learned about even more types of sites related to local queer history, which includes bars, houses of worship, libraries, and more. It was so interesting to me that a region so rich with queer history had no sites or cultural landscapes associated with the community on the National Register of Historic Places.

Next, I geocoded about two-hundred sites into Google Maps, creating a map that plots various buildings associated with LGBTQ+ life organized by category. (e.g. bar, house of worship, coffeehouse, etc.).

The result provides historians and preservationists the opportunity to sketch out cultural landscapes teeming with sites associated with Twin Cities LGBTQ+ history. The map situates LGBTQ+ history within Twin Cities preservation efforts, offering a view into the places throughout the region where the community thrived. While many of the sites don’t necessarily function as LGBTQ+ spaces today, many still do serve the community in new ways and stand as a lasting testimony to the rich and expansive LGBTQ+ history in the Twin Cities. This map can be a useful resource for Twin Cities historians and preservationists to better identify and list local LGBTQ+ sites as historic landmarks.

Historians and preservationists in other parts of the country have attempted to put the LGBTQ+ community on their preservation maps, too, including cities like New York, St. Louis, Indianapolis, San Francisco, and more, highlighting the potential for further study of queer America in the cultural resources field and the utility of maps in helping do so. I encourage historians and preservationists across the country to take advantage of these wonderful resources to help put queer history on the map. 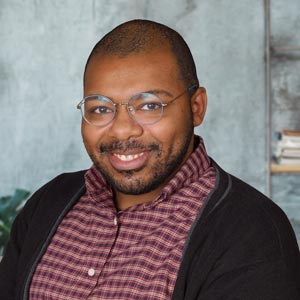 Eric is a Cultural Resources Assistant at Mead & Hunt and a freelance writer whose work has appeared in publications such as MNopedia and The Minnesota Spokesman-Recorder. He has a particular interest in the built environment of twentieth century suburbs and spent many hours thinking about that topic in relation to his favorite classic television sitcoms. Eric holds a master’s degree in Heritage Studies and Public History from the University of Minnesota.