Ammonia and Water: what’s in your refrigeration system?

For owners and operators of ammonia refrigeration systems, managing mechanical integrity and energy costs are a constant effort, and frequently the focus of refrigeration projects. Both efforts often focus on what is visible from the outside of the system, such as repairing or upgrading equipment. However, when was the last time the inside of the system was addressed—specifically the ammonia charge? Confirming that ammonia purity stays within industry guidelines is a key factor in protecting the efficiency and longevity of any ammonia refrigeration system. Contamination of the ammonia change—namely, from water—can be detrimental in terms of both energy costs and mechanical integrity.

Excessive water contamination can cause problems

The issues associated with excessive water contamination in ammonia include increased saturation temperature and accelerated corrosion. An increase in saturation temperature means that for a fixed pressure, the boiling point of the refrigerant will rise. The more water there is in the ammonia, the more dramatic the increase in saturation temperature will be. Consequently, for systems with water contamination, the compressors must operate at lower suction pressures to achieve the same refrigeration effect as a system with pure ammonia. Lowering suction pressures results in higher compressor energy consumption and decreased compressor capacity. Likewise, elevated water levels accelerate corrosion inside of the system, and when mixed with oil, can create sludge. The resulting sludge and rust particles further increase wear, and can eventually damage or plug strainers, orifices, valves, and instruments.

Colder parts of the system, and especially flooded and direct expansion (DX) evaporators, are particularly susceptible to water contamination as they tend to act as water distillation points. Over time, these types of evaporators can collect high levels of water, thereby significantly reducing evaporator capacity and increasing energy consumption. Recirculated coils with high recirculation ratios are less susceptible to water buildup, but over time, even recirculated systems can accumulate enough water to negatively impact performance.

Preventing water from entering the system is key

Water enters ammonia systems in a variety of ways, and preventing water from entering the system in the first place is key. Common sources of contamination include inadequate evacuation and drying following construction or maintenance activities, leaks on the low-pressure side of the system, or even water being drawn in when venting ammonia vapor into water containers. Some intermittent sources of contamination can be minimized or eliminated by implementing guidelines on evacuation and maintenance procedures. However, other sources such as undetected leaks on components—especially those operating below atmospheric pressure—can prove to be more challenging to locate and eliminate. Large quantities of water can also rapidly enter through more catastrophic events such as failed heat exchangers. These catastrophic events are emergencies and can cause serious damage and be extremely dangerous.

Water contamination has occurred—what’s next?

No matter how water enters the system, once it is inside, it cannot simply be drained out due to ammonia’s strong affinity to water. In practice, it can only be removed in two ways: either by replacing the charge, or by distillation. For most systems, distillation is the preferred choice. In some cases, it is possible to utilize existing evaporators to distill ammonia. The most common solution, however, is to install a dedicated distillation vessel or ammonia anhydrator to process batches of ammonia while the refrigeration system is in operation. These types of vessels can be designed to serve a dual purpose, such as acting as a subcooler, pump-out accumulator, or a combination auto-purger. The distillation vessel works by drawing in liquid ammonia from the coldest parts of the system where water tends to accumulate, and then applying heat to separate the ammonia from the water. Ammonia vapor boils away and is piped out of the distillation vessel/anhydrator back to the system suction piping. What remains in the vessel is a concentrated mix of contaminants and ammonia, which can then be drained, treated, and disposed.

Recognizing and controlling water contamination is an important aspect of mechanical integrity and a powerful tool in conserving energy. Without testing for water, it may not be obvious that there is a water contamination issue. Water contamination is usually a gradual process and may take years for water levels to build up to the point that it is clear something is wrong—and all the while, it could be wasting thousands of dollars in energy every year. It is highly advisable for owners to implement scheduled sampling and contamination testing procedures in accordance with the International Institute of Ammonia Refrigeration (IIAR) 6 guidelines if you have not already done so. Do you know what is in your system? 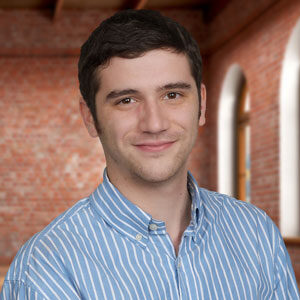 William is a project engineer with Mead & Hunt’s Food & Beverage sector. He specializes in the analysis and design of ammonia refrigeration, HVAC, and mechanical utility systems for Food & Beverage facilities. In his free time, William enjoys taking on DIY projects and spending time outdoors. 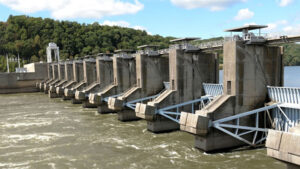 2021 USACE work plan: what’s in it for my city/state/clients? 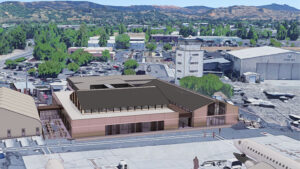 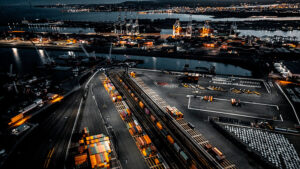 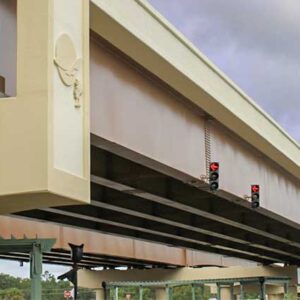