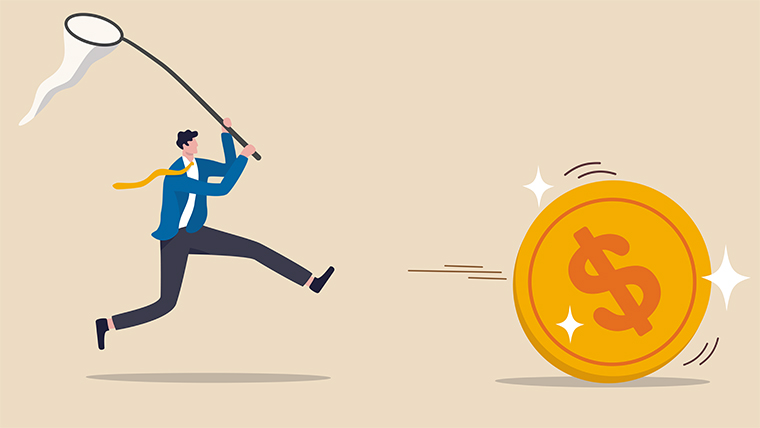 The Bipartisan Infrastructure Law (BIL) represents a budget appropriation of $1.2 trillion in federal funding. We’ve written extensively about this as it has developed. Since this is the largest federal investment program since Amendment to the Clean Water Act (CWA) and the associated Construction Grant Program in 1972 (which was the genesis of the State Revolving Fund loan program), there are understandably a lot of questions. Specifically, there are questions regarding where the funding is going, when it will show up, how to access it, and what the requirements will be for encumbrance and disbursement.

While some questions remain, others can be answered now. Read on for some explanation and insights into future opportunities for this funding.

Nearly $55 billion in funding will be issued to water-related efforts. Let’s break it down by the numbers: 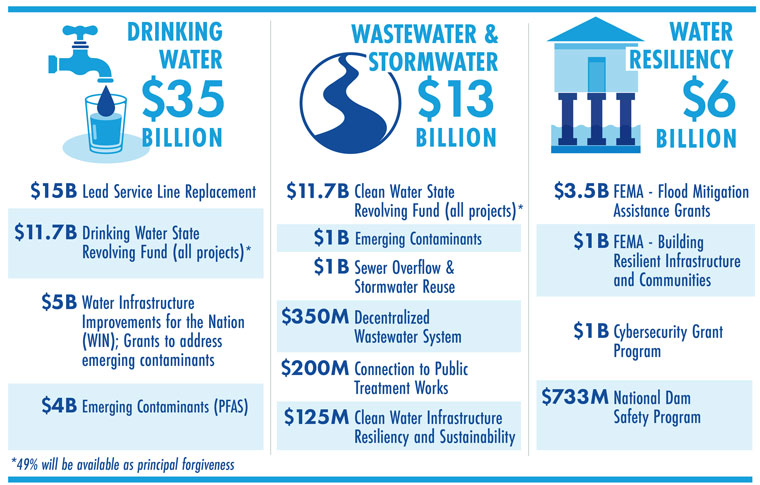 Money will show up in either pre-existing funding programs such as the State Revolving Fund (SRF) loan program, or new funding streams will be created, possibly through EPA itself. The EPA governs the SRF program and provides each state with an annual appropriation each year depending on the need.

Since the bill was signed into law on November 15th, 2021, EPA’s Office of Water has been working diligently on putting together the guidance documents that will be issued to each state agency. The rulemaking portion is expected to be completed around mid to late April 2022. It is anticipated that funds will then be issued to states in June 2022.

Preparation is key! Now is the time to begin the project planning portion. When it comes to state and federal funding, the process typically starts with environmental clearance. Preparing your environmental assessment, preliminary design reports, facility plans, etc. now will set you in the right direction to receiving the funds in August as the new fiscal year begins and the EPA appropriation has been received. Given the fact that it takes approximately five to six months to complete these documents (best case scenario), starting the process now is paramount. However, should you be a little behind the curve, bear in mind that appropriations will be issued to the states for the next five years. There will be opportunities in the future.

Although questions still remain, it would be extremely advantageous to accomplish the beginning stages of the funding process now. The environmental clearance that initiates the procedure can remain in effect from two to five years, with options to extend depending upon the agency. Talk to your agency, discuss it with the stakeholders, and pitch your project—belief in your project is the best way to sell it.