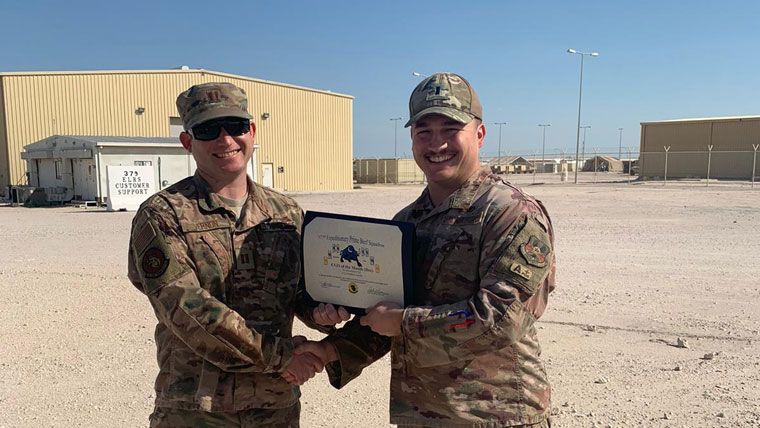 I’m Rob Vernon, a Civil Engineer within Mead & Hunt’s Aviation group. I am also a Traditional Guardsmen with the rank of Captain for the 144th Civil Engineer Squadron at the Fresno Air National Guard Base (ANGB), and currently serve as an Ops Flight Commander. I began both careers relatively at the same timeframe—I started at Mead & Hunt in October of 2014, and completed Officer Training School in May of 2014, though I joined ANG in December of 2012.

I recently nominated Mead & Hunt for an Employer Support of the Guard and Reserve (ESGR) award, and our CEO/President Andy Platz received Wisconsin’s ESGR Above and Beyond award this past month. I nominated Mead & Hunt for many reasons. Most notably, the support I received from the firm as I navigated two career fields, especially during involuntary calls to service, along with the various opportunities for new experiences and career advancement the firm has given me, has been invaluable to me.

When I was activated in 2019 to support the various named Operations in the Middle East and during the buildup of training to deploy, Mead & Hunt eliminated stressors of worrying about job duties, benefits, and losing stock ownership while on active orders. Additionally, coworkers at Mead & Hunt sent care packages to my unit to boost morale, and periodically called me to check in on wellbeing and keep me in the loop on projects that I could choose to work on when I came back. All of this relieves stress and enhances job security while serving in the military. 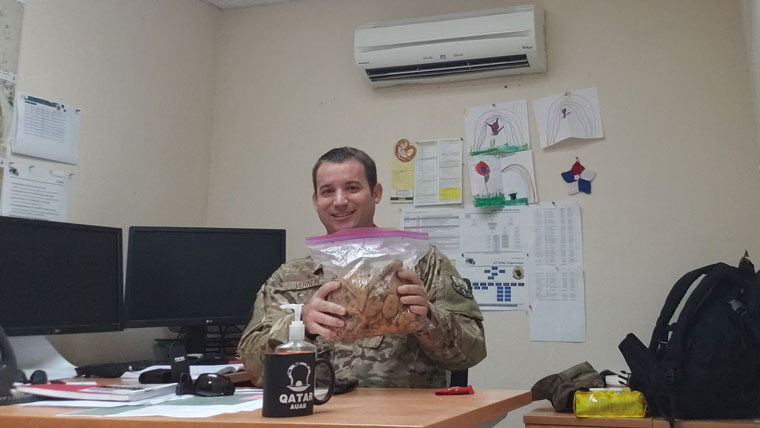 When I was activated on short notice in 2020, again I was able to transition with ease even with a design submittal due that week. Coworkers took the work off my plate and HR described what they would do benefits-wise as I was going to be gone for an unknown length of time. Just another example of pausing unneeded worries while assigned uncomfortable, high-stress tasks.

The support I’ve received from Mead & Hunt has also helped me succeed in my military career. When I was assigned as the 1st Expeditionary Civil Engineer Group (ECEG) Engineering Flight Commander, the skills I’d developed with Mead & Hunt allowed me to improve the design-build product quality from the design perspective and solve construction field issues from the Red Horse and Prime Beef construction teams. These skills and the culture the firm embraces also helped the team achieve goals laid down by US Air Forces Central (AFCENT).

These little things that help to keep your mind off of worrying about your normal job while stress builds from the tasks at hand, being away from family and friends, and the various other things left back home from your life. Leaving on one of those long deployments affects your life in numerous ways. When I returned to work in 2020, I was not the same person who left back in 2019. Having some of those little things supported by Mead & Hunt and coworkers helped the ease to turn back to some kind of normal life.

It is important for companies to help employees during transitions from civilian life to military and vice versa due to the numerous impacts that can happen when you leave your life back home. From relationship strain to financial issues, a lot of life can be affected due to the fast-paced, high-stress environment while overseas. Taking burdens off can easily amount to improved mood, work quality, long-distance relationships, and can bring a little bit of balance to life for military members.

Mead & Hunt has a military working group within our Employee Resource Group (ERG) that has worked to promote transitions and other military company policies. I would advise other companies to look into providing such groups within their company, and to also get involved with ESGR and their programs. For example, volunteering to help with the Yellow Ribbon program and educating company supervisors and corporate policy makers on transitioning rules, laws, and best practices to support their military members/employees are all great places to start. 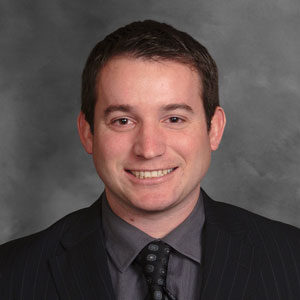 As a Civil Engineer serving Mead & Hunt’s Aviation group, Rob excels in providing effective solutions that benefit our national aviation system. Rob is also a Traditional Guardsmen with the rank of Captain for the 144th Civil Engineer Squadron at the Fresno Air National Guard Base (ANGB), and currently serve as an Ops Flight Commander. When not at work, you can find Rob shredding the slopes of South Tahoe, or in the off season, on his dual sport in the back trails of northern Nevada, chasing wild horses and exploring old wild west landmarks.

Creating a Sense of Community in Airport Interiors
November 15, 2022
What Hurricane Ian Teaches Us About Preparing for the Future
November 9, 2022
Addressing Bicycle-Specific Needs – NCHRP Report 969 in Practice: Part 3
November 8, 2022
The Inflation Reduction Act & Its Impact on Your Next Building Project
October 27, 2022
This website uses cookies to improve your experience. Read full privacy policyACCEPTREJECTSETTINGS
Privacy & Cookies Policy