The future of transportation 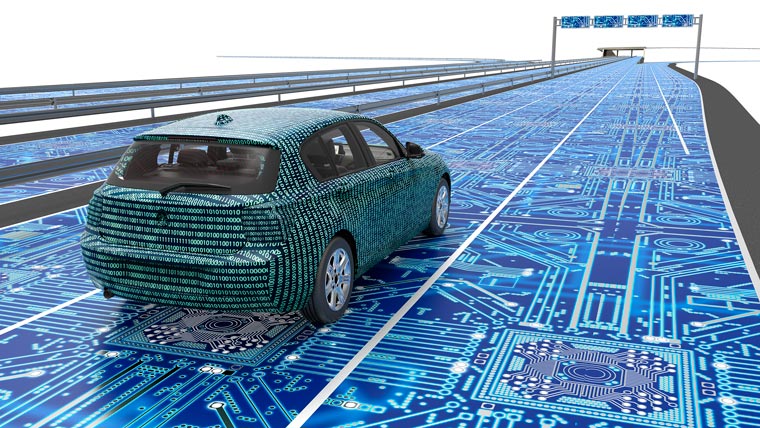 “The future of transportation is molded by the current mobility challenges…”

The US and the world are faced with tremendous challenges in transportation that affect many aspects of humanity and our ecosystem. We must deal with these challenges intelligently and promptly to allow our nation’s prosperity and environmental sustainability to continue. Our transportation network functions as the veins and arteries in our nation’s body; congestion and pollution are like bad cholesterol choking the network and threatening the health of our economy and the planet. We must lower the cholesterol to avoid an imminent heart attack!

Transportation challenges we must address are in three major categories: safety, mobility, and environmental. According to the National Highway Traffic Safety Association (NHTSA), there were 36,096 fatalities and 2.74 million injuries caused by 6.735 million motor vehicle traffic crashes in 2019. INRIX, Inc. reports that in 2019 Americans lost on average 99 hours a year due to congestion, costing them $88 billion, and according to Car and Driver magazine, traffic congestion wastes nine billion gallons of fuel in the US each year. The amount of CO2 pollution caused by congestion nears 82 million tons annually! These are glaring problems that a new transportation system must face and solve: working to lower accident and fatality rates, reduce congestion, and assess its economic and environmental impact.

So, what is the solution? The obvious answer is reduce the number of vehicles on the roads, eliminate or significantly reduce accident and fatalities (Vision Zero), and lower CO2 emissions—not only by reducing congestion but also reducing CO2 used in transportation in general, such as through the use of zero emissions vehicles (ZEV). Simple, right? Not so fast! These are the outcomes we wish for, but how do we do it? Glad you asked!

How do we achieve the transportation outcomes we want?

World-wide and nationally, there are several initiatives underway that will eventually help achieve the aforementioned outcomes. These initiatives require strong commitment from all sectors of society, including federal, state, and local governments and the auto, telecommunications, and technology industries, as well as the general public. These important initiatives include connected and autonomous vehicles (CAV), broadband telecommunications, electric vehicles (EV), high-speed electric rails, intelligent transportation systems (ITS), and connected roadways and signals, Smart Cities, and unmanned aerial vehicles (UAV), among others.

CAVs have great potential to significantly reduce fatalities and injuries resulting from vehicular crashes.  More than 90% of crashes involve human error, and CAV has the potential to eliminate more than 80% of these accidents. For example, vehicle to infrastructure and vehicle to vehicle communication can significantly reduce crashes resulting from red light violation and rear end collisions. EV and high-speed electric rails such as Maglev and Hyperloop can reduce pollution, congestion, and accidents. Connected roadways and signals allow deployment of connected vehicles, transit, and freight signal priority, improving travel time reliability and reducing pollution and congestion from frequent stops and idling. Smart Cities provide efficient eMedicine, eCommerce, eEducation, easier commuting, parking, and electronic transactions, and better connectivity, and communications—all of this yielding a safer, more cohesive environment. UAV such as drones can play a major role in supply chain and logistics, reducing congestion, enhancing safety, and creating a cleaner environment.

MicroTransit, MicroMobility, car-sharing, and Mobility as a Service are other solutions that can help with the transportation challenges we are faced with today.

Okay, so how do we implement these initiatives?

To implement these initiatives and services, another set of challenges must be met and resolved—funding, infrastructure, connectivity, security & privacy, data management, electrification, outreach and work-force education to mention a few.

The biggest challenge facing the nation is building and upgrading the infrastructure needed to support CAV, EV, high speed electric rails, and the wired and wireless communications network to support connectivity and high-speed and high-bandwidth data exchange. The current US infrastructure bill promises to invest $110 billion in roads, bridges, and other major infrastructure, $11 billion in transportation safety, $39 billion on public transit, and $66 billion in rails. The bill also designates $65 billion to broadband communications, $7.5 billion to electric vehicles and low emission busses, $7.5 billion to a network of plug-in charge stations, and $73 billion to electric grid investment. There is also $1 billion allotted to reconnecting communities, $42 billion to airports, ports, and waterways, and $21 billion to environmental cleanup.

The infrastructure bill has the potential to pave the way for the implementation of automation, connectivity, Smart Cities, Smart Grids, and other initiatives discussed here. CAV and its widespread deployment heavily depend on 5G and broadband infrastructure, as well as pavement marking improvement. According to some experts, 5G for ultra-low-latency use cases such as CAV and Smart Cities may not be available until 2025. GlobalData forecasts that level 5 AV may begin to appear in very low volumes in 2024, expanding to around half a million produced in 2030. It is reasonable to expect 5G, broadband internet, connected roads and signal, and CV to become widely available by 2025-2030. The Internet of Things (IoT) is the foundation of Smart Cities. According to SmartAmerica, city governments will invest $41 trillion over the next 20 years on enabling their infrastructure to benefit from IoT and transform to Smart Cities. High speed rails, meanwhile, take decades to build. In 2012, Amtrak proposed to build a dedicated high-speed rail between Washington DC and Boston that would cost $151 billion and take 25 years to design and build.

By 2040-2050, we should witness many improvements in public transportation, transportation safety and efficiency, and citizens’ quality of life in general. The environment will also benefit from reduced CO2 pollution due to the proliferation of electric vehicles and the electrification of roadways.

We at Mead & Hunt recognize and understand what the future of our nation’s transportation system needs to look like and the challenges we will face to get there. We are focused on training ourselves in these developing technologies so that we can keep abreast of evolving transportation services. Having completed active ITS and CAV work in multiple states, our transportation team works to educate and inform our client across the county and provide the best engineering solutions possible. We also actively participate in transportation technology national committees and working groups to shape the future of transportation in the most effective and efficient way possible.

This is an exciting, transformative time in the transportation industry, in our nation, and our world—above all, we look forward to creating better transportation outcomes that benefit human life. 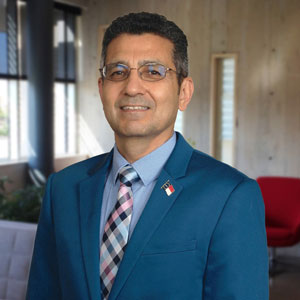 Auref is a seasoned ITS engineer with 28+ years of ITS design, operation, maintenance, and verification and validation experience. He has led many efforts in the deployment of advanced technologies to promote safety, transportation reliability, congestion reduction, and air quality improvement. When not at work, you can find Auref biking, watching football, and reading.