Determining history: diversity and inclusion and the National Register 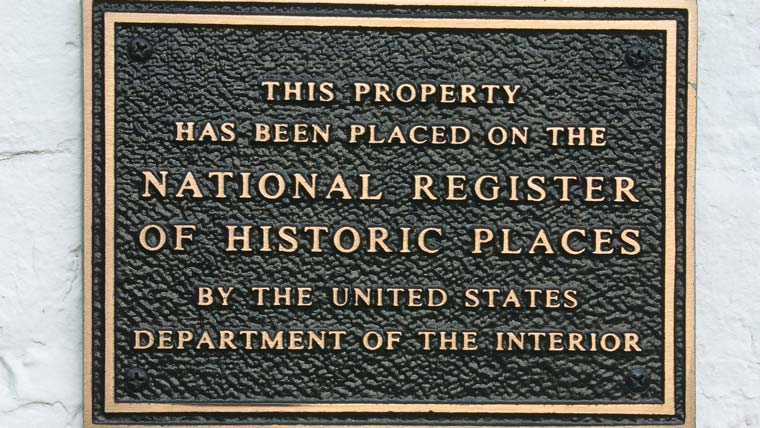 The Cultural Resources group at Mead & Hunt is proud to launch a new blog series exploring diversity, equity, and inclusion in the historic preservation process. The cultural resources industry, like many in the wake of the murder of George Floyd and the resulting discussion on structural racism, is re-examining how our process views history. Now is the time to question what has traditionally been considered “historic” and to shake up long-established procedures in the historic preservation process so we don’t continue to exclude historically marginalized groups and communities.

The National Register of Historic Places is the official list of the Nation’s historic places worthy of preservation and bestows historical significance to a property by evaluating it through select criteria: Was there an important event here? Did someone important work or live here? Did someone important design this place? Is it at least 50 years old? If not, is it “exceptionally” significant? Does it look the way it did historically?

The system works well for determining historical significance for old, architecturally distinctive buildings; people who wielded power and influence; and engineering marvels or places designed by “master” architects. In fact, such properties overwhelm the National Register while only 8 percent are associated with people of color, women, and LGBTQ+ histories.

At the recent Transportation Research Board’s AME60 (Historic and Archaeological Preservation) Committee summer meeting, seven speakers addressed diversity and inclusion. This was the most speakers for any topic, showing the growing recognition in our industry that we have overlooked many histories and places for too long. I was honored to moderate and present at this session.

I opened the session with a land and labor acknowledgement that recognized I was speaking from Minnesota and that I occupy the ancestral and current homelands of the Dakota, the Ojibwe and Ho-Chunk sovereign nations, whose lands were colonized by the United States and are occupied by the State of Minnesota. In addition to acknowledging the land and those that have been here since time began, I also remembered those enslaved from Africa and their descendants, whose labor was used to build the vast wealth of this country. But I felt that simply recognizing these facts was not enough. I encouraged everyone listening to create a list of action items from the presentations and asked: As the people currently with the tools, resources, and authority to determine what is “historic,” what are you going to do to remove the bureaucratic or institutional roadblocks that limit the National Register’s recognition of our diverse history?

The presenters covered wide-ranging topics, from incorporating the values of marginalized groups into the evaluation criteria to determine what is historic to using historic right-of-way records to tell the story of those displaced by the construction of the Interstate system. I presented on our industry’s focus on bridges and roads as transportation and engineering structures at the cost of other important stories they may tell. For example, roads are often evaluated as being historically significant for opening areas for settlement, but they are rarely evaluated for association with events such as the Great Migration. The Dixie Highway was a main artery for African Americans fleeing the Jim Crow South in the early to mid-20th century when over 8 million moved north in the hopes of a better life, but the historical significance of the road centers on its use by the vacationing white public.

In addition, there are numerous “historic” roads, bridges and wayside rest areas built by unemployed, mainly white male workers through federal aid programs like the Works Progress Administration during the Great Depression. However, little recognition is given to workers who built transportation facilities up to that point: prison laborers. Such laborers were overwhelmingly African American men who were often arrested under Black Code laws for “crimes” as minor as breaking curfew or loitering. These citizens were then forced to work in chain gangs to build millions of miles of our nation’s road system, yet no roads associated with the use of prison laborers are listed in the National Register. You can learn more here: Rooted in Slavery: Prison Labor Exploitation | Reimagine! (reimaginerpe.org) or Chain Gangs | Themes | Slavery by Another Name | PBS

It is my hope that anyone reading this blog series, whether in historic preservation or another field, will do the same thing I encouraged the attendees of the session to do. Ask yourself what you can do to make your field or processes more diverse, inclusive, and equitable. And then do it.

Kristen is a Cultural Resources Specialist with over 30 years of experience; exceeds the Secretary of the Interior’s Standards in history, architectural history, and archaeology; and has a strong background in the regulatory processes, having led the Cultural Resources Unit for the Minnesota Department of Transportation (MnDOT). Her true passion is music history and connecting people to the places associated with their favorite singer, song writer, or sound. She is currently overseeing the research, survey and writing efforts for a statewide Latinx Multiple Property Document Form for the Nevada DOT as well as historic contexts for many historically marginalized groups along the I-94 corridor in St. Paul and Minneapolis. Kristen is also a member of Mead & Hunt’s Underrepresented Resource Group initiative.