In recent years, bicycling has increased in cities and small towns across the United States, particularly since the COVID-19 pandemic. Though more guidance for designing safe and comfortable bicycle facilities has been developed as of late, traffic engineers have long dealt with bicyclists by treating them as vehicles. This attitude fails to recognize that bicyclists have very different needs than drivers, or even pedestrians, and has generally kept bicycling, in many places, from being a viable mode of travel for people of all ages and abilities.

The National Cooperative Highway Research Program (NCHRP) Research Report 969: Traffic Signal Control Strategies for Pedestrians and Bicyclists outlines some of the best practices for addressing the needs of bicyclists at traffic signals. In my first blog of this series, I talked about how to reduce turning conflicts and improve pedestrian safety. In my second blog, I discussed strategies for reducing non-motorist delay. In the final blog of this series, I want to address the unique needs of bicyclists. As before, I will share some examples and use cases from our project work to illustrate how these treatments can be deployed.

In traditional traffic engineering spaces, traffic operations at signalized intersections have generally been oriented around motor vehicles. The majority of the right-of-way is allocated to vehicular travel lanes (between through lanes, turn bays, auxiliary lanes, and shoulders), vehicular movements have dedicated traffic signal indications, and the operation of the signal itself is generally designed for maximum throughput. Though still not required by federal guidance or standards, pedestrian movements are typically governed by their own signals as well. However, bicycle movements often operate in this unique hybrid space where they are sometimes relegated to being treated as vehicles and other times are forced to comply with pedestrian guidelines. This approach can often fail to recognize that bicyclists operate differently than either of these two modes and that today the bicyclist mode encompasses a wider range of mobility devices like e-bikes and scooters. Designing traffic signal operations around the needs of bicyclists can encourage use of the mode, improve safety and mobility, and contribute to a more welcoming transportation system. Here are some of the bicycle-specific highlights from NCHRP 969.

The provision of bicycle-specific clearance values serves a similar purpose to the provision of vehicular- or pedestrian-specific clearance values. In short, it allows bicyclists to safely clear an intersection before conflicting traffic is allowed to proceed. This may seem intuitive on its face, yet it is scarcely ever done. If we recognize that pedestrians and vehicles have differing needs when clearing an intersection, why don’t we treat bicyclists the same? The main factors that are unique to bicyclists are:

In traditional traffic engineering practice, yellow and all-red clearances are set according to the posted vehicular speed limit. In the context of smaller intersections, these may be sufficient to safely clear cyclists; however, in wider intersections, these values can be woefully inadequate. For example, a 100-foot-wide crossing will only require about three seconds of all-red for vehicles traveling at 25 miles per hour. On the other hand, a bicyclist traveling at 10 miles per hour will need nearly seven seconds of all-red clearance to safely cross. In essence, the prevailing wisdom states that programming such long all-red vehicles for all users would be inefficient (due to decreased capacity), unsafe (due to increased red-light running), and likely generate motorist complaints. Jurisdictions should consider, though, whether there may be specific locations along bicycle routes where bicycle-specific clearances may be needed. For instance, in DC, select locations with unusual geometries along bike routes have been retimed for bicyclist clearance, such as the 180-foot-wide R Street NW crossing over Connecticut Avenue NW.

A workaround to the tradeoffs discussed above is the installation of bicycle signals, currently permitted in the United States by Interim Approval 16 (IA-16). As with vehicular and pedestrian movements controlled by separate signal indications, the use of bicycle signals can allow for separate clearances to be provided to the bicyclist mode (depending on the capabilities of the traffic controller in use). One of the main obstacles to more widespread adoption of these devices is the current restrictions on use cases that are specified in IA-16. These include prohibitions of using bicycle signals with any conflicting turning movements, in a bicycle scramble operation, or in conjunction with Pedestrian Hybrid Beacons (PHBs)/HAWK signals. Some jurisdictions have opted to apply for experimentation to temporarily circumvent these restrictions, and given the relative ease of applying for experimentation approval, it is worth exploring this option. Here in DC, no experimentations are currently in effect, though the implementation of bicycle signals has been maximized within the constraints of IA-16 in many of our recent bicycle lane projects, including expansion of the Kenyon Street NW protected bike lanes (PBL) extension, Florida Avenue NW Streetscape, and the upcoming 9th Street NW cycle track. Hopefully, these constraints can be reduced or eliminated in future iterations of the Manual on Uniform Traffic Control Devices (MUTCD).

Traffic engineers have traditionally been keenly focused on maximizing mobility for vehicles, particularly at our signalized intersections and corridors. Imagine if we considered bicyclist mobility in the same regard! Given how much drivers complain when signals are poorly timed, it is to be expected that bicyclists experience the same annoyance when forced to stop at every signal. As with bicycle-specific clearances, it is important to consider why the specific needs of bicyclists demand more attention than engineers often provide. Bicyclists are more sensitive to changes in grade, are affected by the climate and weather, and require more energy to start from a stop.

As annoying as it would be to stop consecutively while travelling uphill in the rain in a car, that feeling is even more true of a bicyclist! Therefore, as planners, designers, or operators of transportation systems, it is important for us to recognize these specific needs and design with them in mind. Changing the progression speed of a corridor to improve bicyclist mobility is a major mobility and safety improvement for these road users, and can greatly contribute to making the system work for “all ages and abilities.”

This can be implemented with varying degrees of priority and consideration for bicyclist and vehicular mobility. In some cases bicyclist progression can be balanced with vehicle progression, as our team has done on many corridors in DC, such as the 15th Street NW Cycle Track. In this method, an iterative approach can be used to balance delay and stops for both a bicycle progression speed of 12-13 miles per hour and the posted speed limit for vehicles. Recognizing that not all stops can be eliminated for both modes using this method, the goal is generally to widen the green bands for bicyclists and eliminate consecutive stops. Alternatively, corridor progression can be set strictly for optimal bicycle progression speed without consideration for vehicle progression. This is best for bicyclist mobility but is typically only used where vehicle volumes are very low, such as the upcoming pilot of I Street SW in DC.

As discussed above, bicyclists have distinct needs at traffic signals that differ from those of pedestrians and drivers. While it can be tempting for practitioners to lump them together with these other road users, that can be a great disservice to improving the bicyclist experience and encouraging more people to ride. The tools for developing a quality bicycle network are still evolving, especially at signalized intersections, but NCHRP Report 969 is a great resource for documenting the latest state of the practice. Thank you for sticking with me through three blogs as I broke down some of the tools in this guide, and I look forward to seeing how communities adapt and implement these treatments! 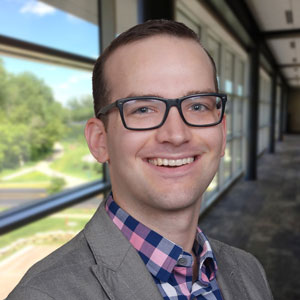 Creating a Sense of Community in Airport Interiors
November 15, 2022
What Hurricane Ian Teaches Us About Preparing for the Future
November 9, 2022
The Inflation Reduction Act & Its Impact on Your Next Building Project
October 27, 2022
2022 Obelisk Award: The Stories We Tell
October 19, 2022
This website uses cookies to improve your experience. Read full privacy policyACCEPTREJECTSETTINGS
Privacy & Cookies Policy